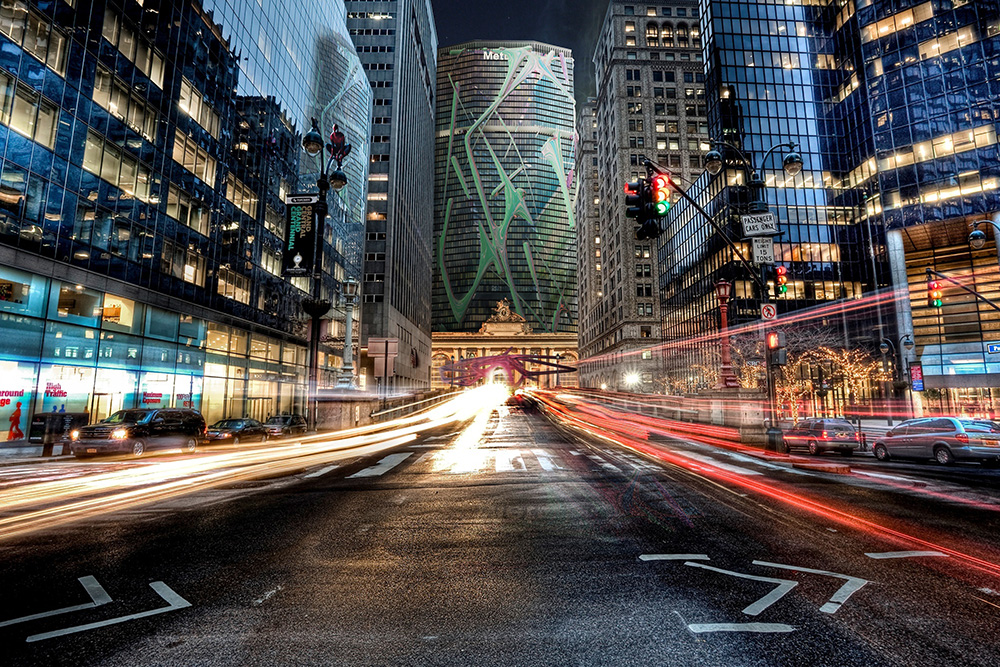 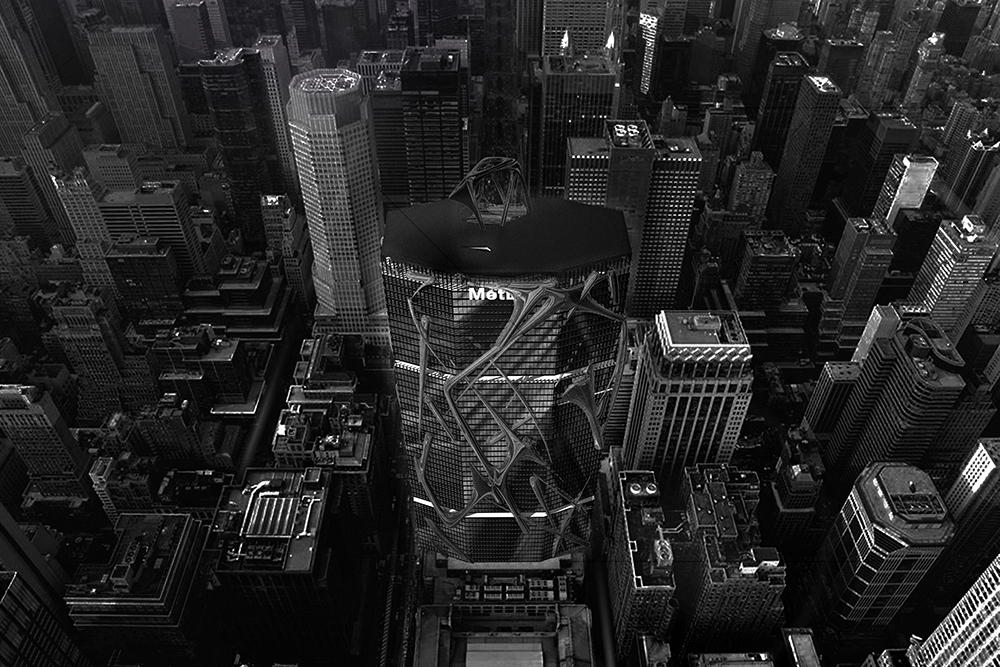 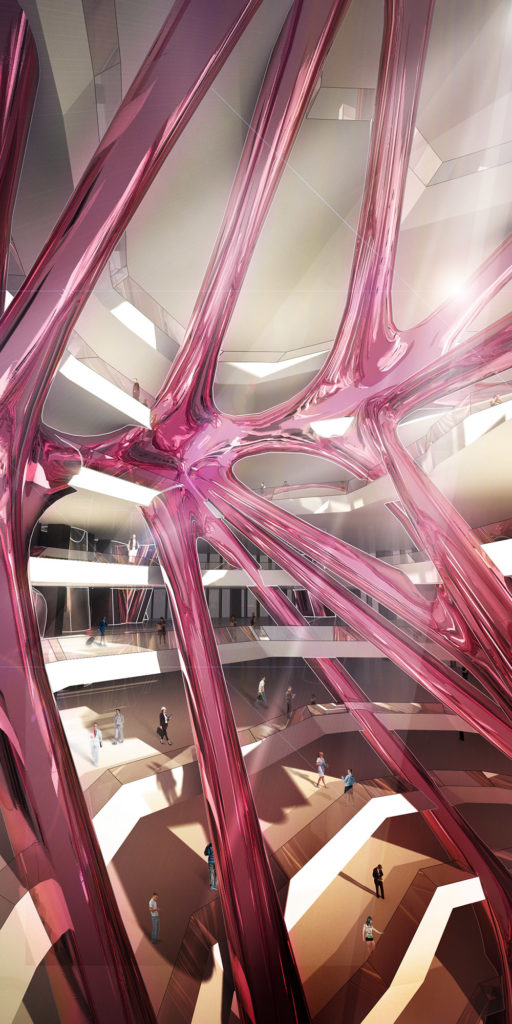 metlife: Kлякса (Splash) explores how architecture and its fictional context can be incorportated into the reconstitution of this iconic skyscraper within New York City. Firstly it considers its many lives in which it has led from being the home of Pan Am to that of Stark Industries, for us both realities are equaly important. It’s role in movies and it’s destruction or deformation enhances the life of it as an object. Tormented and mocked, the 1963, Pan Am icon stands as a punching bag for Hollywood’s distortion and destruction within New York City. Now, Metlife, stands as an outdated, exploited and vulnerable structure wherein Hollywood presents the buildings weakness, yet its importance through the destruction, mutation and exaggeration of its presence. Therein, this proposal stands as a satirical remark towards the show business ethos, where instead of being the brunt of explosive CGI taunts, the building embraces its past, its future and its torment through an expressive skin indicative of its Hollywood present. 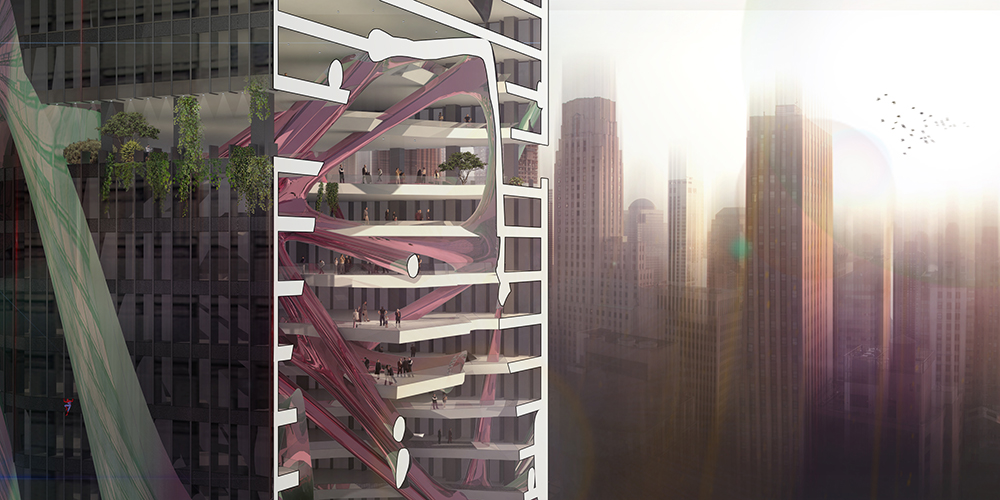